words that move me 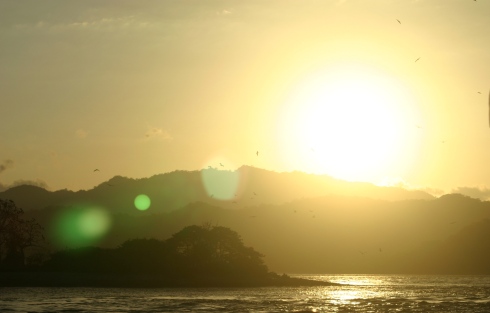 For years I’ve had conversations with patients, colleagues, friends, family, students and acquaintances about what inspires them. What makes them stand up straighter, prouder and take up the space that they are entitled to in the world. There have been many answers ranging from music to admirable people to mantras to tokens, but always, people offered me a quote that they hold close to their heart. In the world of Facebook, I have seen lots of status updates in the form of a favorite inspirational quote. Below are some of the offerings, as well as some of my own personal favorites – I, too, find inspiration in the words of others. What’s your inspiration?

“If you’re not failing every now and again, it’s a sign you’re not doing anything very innovative.” – Woody Allen

“If we all did the things we are capable of doing, we would literally astound ourselves.” – Thomas Alva Edison

“Within a singular plane of reality, picture the sense of completely open possibility. Nothing is determined; anything is possible.” – Daniel Siegel

“If you wanna fly, you gotta give up the sh*t that weighs you down.” – Toni Morrison

“Nothing’s gonna change my world.” – Beatles, Across The Universe

“You must be the change you wish to see in the world.” – Mahatma Ghandi

“Silence is so accurate.” – Mark Rothko

“Twenty years from now you will be more disappointed by the things you didn’t do than by the ones you did do. So throw off the bowlines. Sail away from the safe harbor. Catch the tradewinds in your sails. Explore. Dream. Discover.” – Mark Twain

“We shall not cease from exploration. And the end of all our exploring will be to arrive where we started and know the place for the first time. ” – T.S. Eliot, Four Quartets

“We only live once, but once is enough if we do it right.” – Gary Ryan Blair

“Just as the caterpillar thought it was about to die, it turned into a butterfly.” – Proverb

“When someone shows you who they really are, believe them the first time.” – Maya Angelou

“Beneath the ups and downs of everyday life there is a profound state of balance.” – Pandit Rajmani Tigunait

“A man cannot be comfortable without his own approval.” – Mark Twain

“First we have to believe, and then we believe.” – Martha Graham

“Be curious, not judgmental.” – Walt Whitman

“In three words I can sum up everything I’ve learned about life: it goes on.” – Robert Frost

“It’s never too late to be what you might have been.” – George Eliot

“Life begins at the end of your comfort zone.” – Neale Donald Walsch

“Insanity: doing the same thing over and over again and expecting different results.” – Albert Einstein

“We never touch someone so lightly that we do not leave a trace.” – Ruth Gossen

“You must give up the life you planned in order to have the life that is waiting for you.” – Joseph Campbell

“And those who were seen dancing were thought to be insane by those who could not hear the music.” – Friedrich Nietzsche

Jodi graduated with a B.A. in Psychology from SUNY at New Paltz and earned her Master’s degree in Social Work from New York University. In addition to over a decade of work as an LCSW and Certified Eating Disorder Specialist with individuals, families and groups in her private practice, Jodi is a NASM (National Academy of Sports Medicine) Certified Personal Trainer and created Destructively Fit®, a training that addresses eating disorders within the fitness industry. She is a former director of Day Treatment at The Renfrew Center for Eating Disorders and a founding member of Metropolitan Psychotherapy and Family Counseling Practice. Jodi also specializes in infertility and has served on the Clinical Advisory Board of Seleni Institute since its inception. Jodi is the creator of a curriculum on eating disorders for the Graduate School of Social Work at New York University and has been teaching this course, as well as guest lecturing in the NYU Post-Master’s Program, since 2007. Jodi actively lectures and teaches students, families and professionals throughout the metropolitan area about the etiology, prevention, treatment, assessment and work with eating disorders. Through psychotherapy and supportive work with adolescents, adults and families, Jodi works to create a secure sense of self, increased self-esteem and a healthy relationship with self and others. She works with an eclectic person-centered approach and tailors her practice techniques to the unique needs of each individual. Please feel free to contact Jodi directly in her Greenwich Village office, 212.529.5811. END_OF_DOCUMENT_TOKEN_TO_BE_REPLACED
This entry was posted on Monday, July 11th, 2011 at 8:00 am and tagged with inspiration, inspiring quotes, mantras, music, tokens and posted in empowerment. You can follow any responses to this entry through the RSS 2.0 feed.
« awww, you’re so cute!
“Don’t give in to hate. That leads to the Dark Side.” – Obi Wan Kenobi »